Rob Biddulph got the whole country drawing with his Draw With Rob videos during lockdown, and he just released his first middle-grade novel, Peanut Jones and the Illustrated City.

We caught up with him about his new book, and here’s what he had to say! 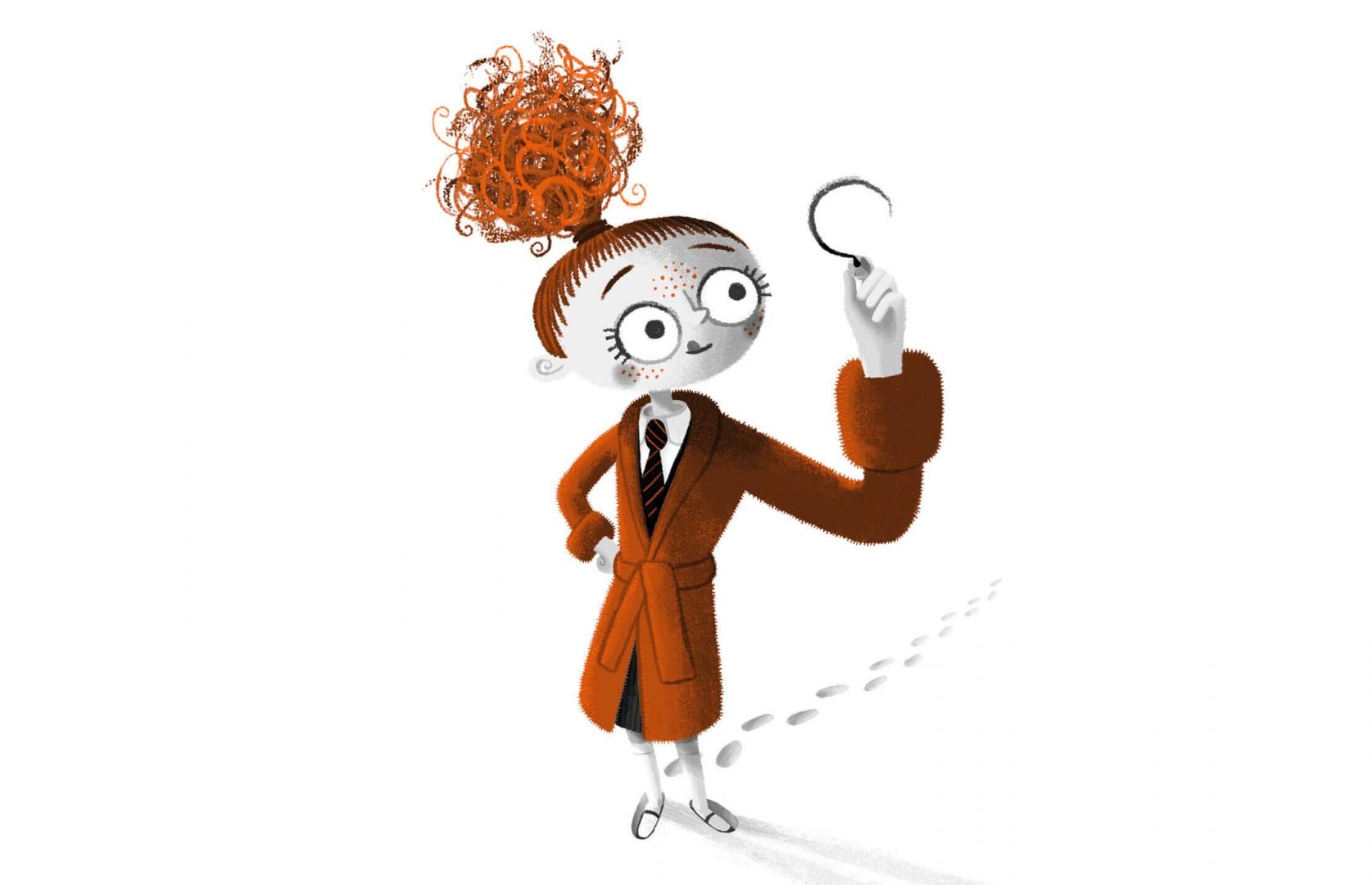 How are you feeling now that your new novel, Peanut Jones and the Illustrated City, has just been released?

It is nerve-racking because it is like starting again for me. I’ve been doing picture books for quite a while now so this is totally, totally new. I think when you write a chapter book you are putting yourself out there even more. I am extremely proud of it though; I don’t think I’ve ever been more proud of something that I’ve created. I just hope people like it!

Was writing a chapter book something you always wanted to try?

I actually finished writing it about two and a half years ago. I had the idea kind of buzzing around somewhere in the back of my head for a while and I just thought: “Right, no time like the present, let’s just do it!” I just went for it and wrote it in about three months. I’ve never felt like somebody that can just sit down and write a book. I’m a real planner and, a bit like the Draw With Rob videos where I break everything down into little bite-sized pieces, I did it that way! I had each chapter outlined so that I could write it a bit like a picture book. I wouldn’t have been surprised if my agent had said let’s stick to picture books, but her reaction was incredible. Then we sent it out to publishers and there was this big auction for it, so I thought: “Blimey, maybe I’m not as useless at this as I thought I was”. I just seized the moment and did it! 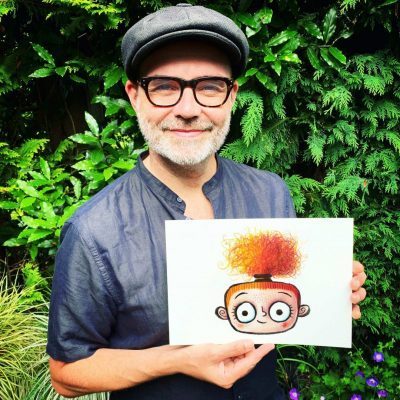 Rob Biddulph – Author of Peanut Jones and the Illustrated City

Did you illustrate while you wrote?

No, I wrote the whole thing before I did any of the illustrations. I had an idea of what the characters would look like sketched out, so I would make little notes while I was writing, like: “Illustrate Peanut and the bobsleigh here, illustrate an ink storm here”. I made all these notes and then when it came to actually illustrating them I was like: “Why did I make so many notes?” I think there are nearly 200 illustrations in there, which is great now that I look through the book and I’m really pleased that I did that. I did the illustrations towards the end of last year and it was so much work, but it was worth it.

What inspired the lead character, Peanut, and is she based on any of your own daughters?

She’s sort of a cross between my younger two, Kitty and Poppy. The kernel of the idea came from something that I did for my younger daughter. When she first started school, she was really nervous about staying all day and so somebody suggested I draw a little picture on a Post-it and hide it in her packed lunch box, just to say hello to her at lunchtime. I did it for the first couple of days and then before I knew it I was doing it every single day, and I ended up doing over 2,000 in the end. That is where the story came from actually, because I would sit and say: “Wouldn’t it be fun if whatever I drew on the Post-it became real?” We started talking about what we would draw and I said that the best thing to draw would be a door. We decided that it would lead to this completely illustrated world and the whole story sort of spilled out from that point. When I was writing Peanut I sort of had that in my mind. When you are writing dialogue it really helps to have someone from your life in your head, and that is what really helped me when I was writing the dialogue part of the story.

What drawing would you bring to life?

When you’re writing a story I think there are two words that are the most important and they are ‘what’ and ‘if’. You’re constantly saying what if, what if, what if, and, to me, the best thing you can draw is a door. I always think of a book as a door: you open it and it takes you into another world, whether that is a school for witchcraft and wizardry or you’re in a jungle swamp. Every single book is a doorway, so I think the best thing that you can draw with the magic pencil is a doorway, especially one that leads into a magical world. That said, something like a jetpack would be really cool as well!

This book is the first in a trilogy, so do you already know how the story ends?

I do know how it is all going to end; I’ve done quite detailed outlines of all three books. Each one does end on a slight cliffhanger, although the final one has full resolution. There are a few twists and turns in there, so hopefully nobody will guess them. Readers will probably want to kill me when they get to the end of this book because there is quite a big cliffhanger. The story does resolve a bit but there is a little epilogue that leads you into the second book. I hope people will be like: “WHAT?!”

You’ve created such an incredible new world. How would you like to see the book turned into a film or TV series?

Of course I’d love to see that happen. I’d love to see the book brought to life in that way. When I’m thinking of my stories I think in a very cinematic way, and often when you make an illustrated book it’s very much like making a film. When you are illustrating and writing a book you are taking on all those roles people in film have. I’m the director, I’m casting the film and I’m lighting the film and I’m thinking of the colour palettes, I write the script. It is a very similar medium and this particular book, I think, does lend itself very well to a cinematic experience. Watch this space, as you never know what will happen!

Peanut Jones and the Illustrated City by Rob Biddulph is out now!