Jacqueline Wilson has brought E Nesbit’s classic tale, The Railway Children, into the modern world in her new book The Primrose Railway Children! She told us all about her research trips on a vintage railway, and how kids today have changed since she began writing stories. 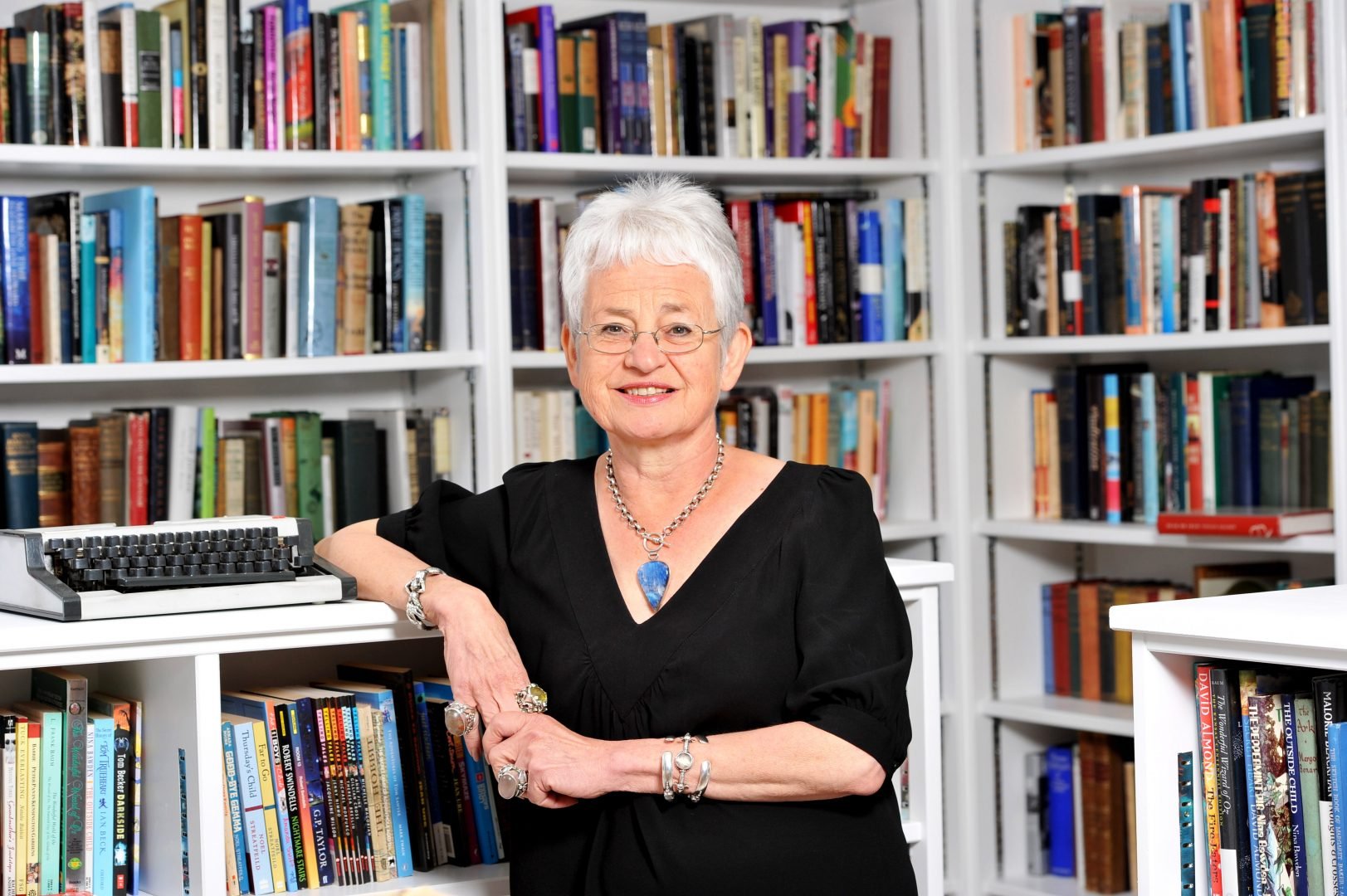 Can you tell us a bit about The Primrose Railway Children?

Well, it’s a sort of re-imagining of an old classic, called The Railway Children by Edith Nesbit, which was one of my favourite books as a child. It’s about children who are in some dire circumstances. They spend their days on the local railway, walking along the tracks and doing all sorts of things. I’ve done a kind of modern version, very much concentrating on the youngest child, who’s a bit left out and mocked in the original book. There are some sad bits in it, and it doesn’t have the thing in old-fashioned books where any problems that the children face, a clever adult comes along and sorts it all out. It’s the children that have to do the sorting out. Not everything can end happily ever after, but I like the way it ends. 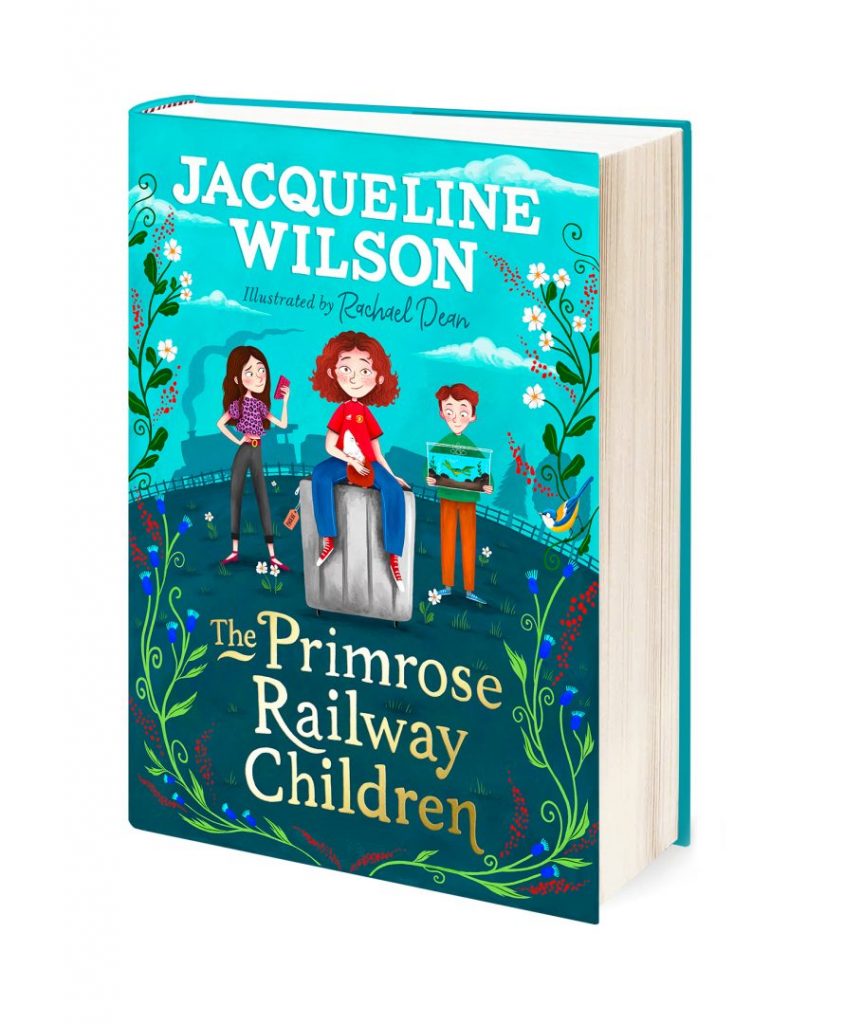 How else have you changed the book for a modern audience?

I thought if I’m doing a modern version, you can’t have modern children playing on railway tracks! I mean, you’d have parents and teachers fainting at the very idea. Instead, there’s a vintage theme railway near to the children in my story. I haven’t really got very much detail that’s the same as the original book, since I’ve had all sorts of extra ideas! But it’s one of my favourite books, so I thought: “Let’s try and make my modern book a perfect advert for the old book and also hopefully please modern children now!” It was one of the loveliest books to write! Right from the start, I knew exactly what I wanted to do and how to do it and got really involved with the whole thing.

Did you do much research for the book?

There’s a vintage steam railway that isn’t too far away from where I live called the Bluebell Railway, and writing this book meant I could have several rides on the railway, while frantically taking notes! I am actually doing some publicity at the railway in September, which will be fun! When I started writing, I really didn’t even have a clue of the difference between the different steam trains and how many wheels they had and what exactly they did. I had to read things like The Boys’ Book Of Railways, which was the only way I could absorb some of the information. I hope I’ve got all my facts right. It’ll be my moment of triumph if it’s all okay!

This isn’t the first time you’ve taken on an E Nesbit story. How has this one been different?

I liked doing them all, but if I’m going to take on a children’s classic, I feel I could always add something to it, because so much time has passed. And there’s been such an attitude change. I just need to have a different spin on things. I would never dream of trying to write like E Nesbit, because she has her own distinctive way of writing. I loved E Nesbit’s books when I was young. I’ve read several biographies of her and she wasn’t above taking somebody else’s book and rearranging it a bit, then doing her own version of it! I didn’t think she would mind too much about me taking over her book! E Nesbit’s books were written in a time when the world was very different.

Do you think it’s important that young people today keep up with the classics?

I would like to think so, although it really depends on the child. I mean, all children are different. If children are really keen readers, I think it would be great if they could catch up with some old favourites. I don’t think it’s absolutely, desperately important, but I think I actually was lucky in that my own daughter loved Victorian and Edwardian books, as well as modern books. And so you know, I never had to force her to read any, she was always happy to. It’s just down to the child, but they are brilliant stories. You can get totally lost in them and they’re satisfying. Nearly all children’s classics have got a lot of serious themes in them and a lot of emotion as well as fun. It may be for children who just like to whizz through a book quite quickly. The children in E Nesbit’s books are very recognisable! The siblings quarrel, get fed up with things and have a moan about things, and they play funny games. I wouldn’t want kids today to miss out on some of these brilliant books.

You’ve been writing for children for some time now – are children different today to how they were when you started writing?

Basically, children are all the same. They want to be popular, or they want a best friend, they all worry if they hear their parents quarrelling. Everybody wishes they were better at some things. On the deep down level, I don’t think that children have changed particularly. Externally [on the outside], however, children are much more confident! It amuses me; in the past, if you were taking a photograph of a child, they would frown and squint and not really know how to stand. Whereas now, every child past the age of five has a special selfie face! They know exactly how to pose and what to do; children are better at presenting themselves. They’re brilliant at their video games too; you can hardly see their fingers move around the screen. It’s fascinating! Also, children wear the sort of clothes that I would have loved to have worn when I was young, but my mum would never in a million years let me get away with! In some ways, it’s more fun to be a child now, but then there are so many more things to worry about, particularly when you get into your teens. Perhaps I’m glad that I’m an old lady after all!

The Primrose Railway Children by Jacqueline Wilson is out now!