Special Report | Use the power of your plate to change the world!

Philip Lymbery is the head of the charity Compassion in World Farming, but he’s also a United Nations (UN) Food Systems Champion for the upcoming UN Food Systems Summit. There, world leaders will gather to talk about how we need to change the food we eat, as well as how it is grown, produced and transported, if we want to avoid catastrophic climate change and provide everyone in the world with decent food. But while Philip and governments sort out the big details, he says that we all have several chances every single day to eat food that is better for us and the planet.

Here’s what he thinks! 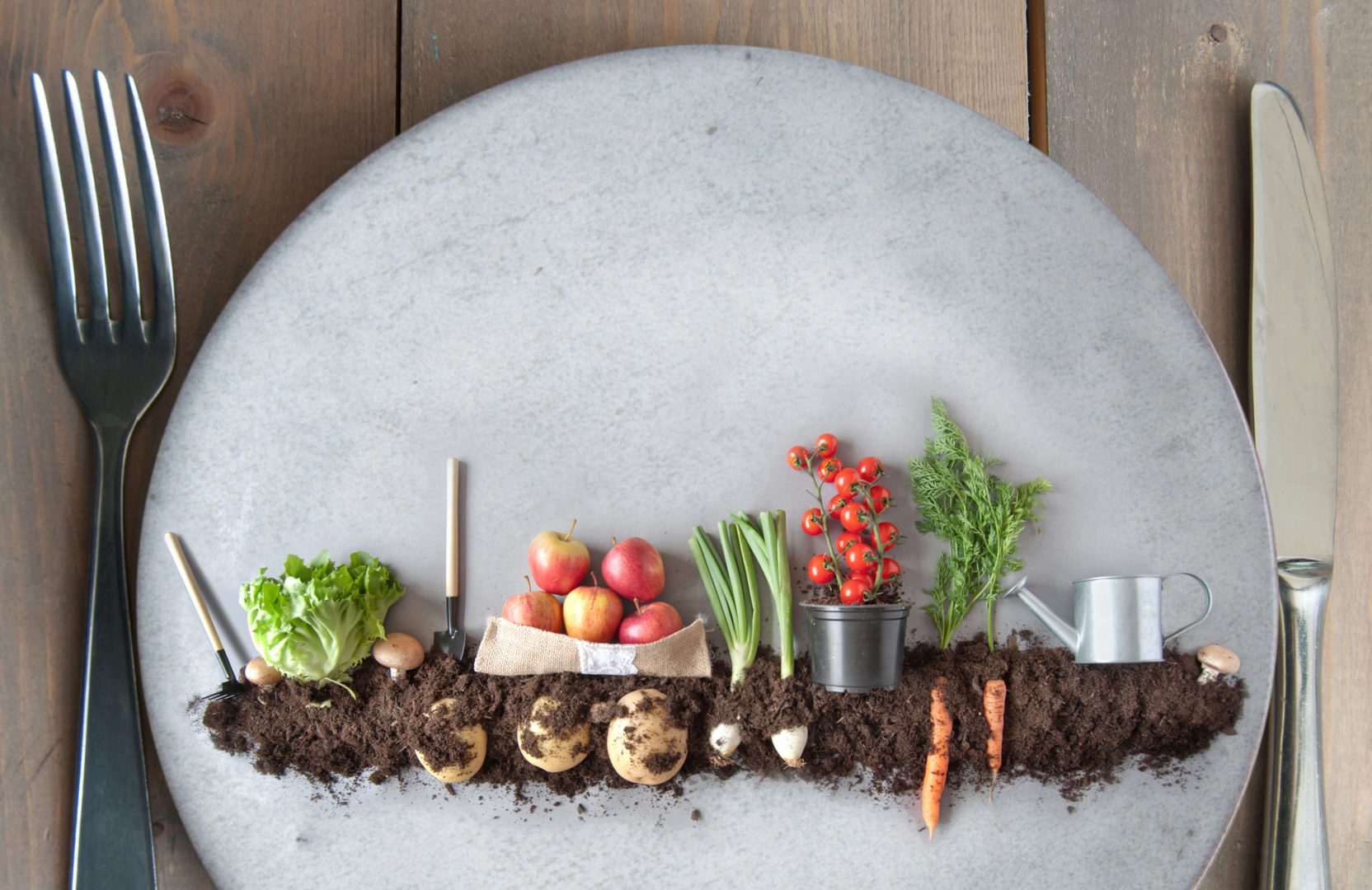 Lockdown made people want to do something for the people who struggle to feed their families. Do you think that will last?

That’s always a concern, but let’s look at the positives: people are more aware of food inequality and are more willing to take action. One of the really big things we can do is to ban all forms of factory farming and make it a basic right for everyone to have access to affordable, decent food. I’ve always railed against this idea that factory farming benefits the poor. What kind of sick society are we if we expect people on low incomes to have to feed their children from poor quality, cruelly produced, factory-farmed food?

What are you hoping to get out of this summit?

What I hoped would come out of it is that it would raise the need for food system transformation as a political issue, and it has done that. But it’s a starting point, and raises the profile of food as a crucial issue to the future of us all. It matters in terms of inequality, food security, animal cruelty, climate and harm to the environment. 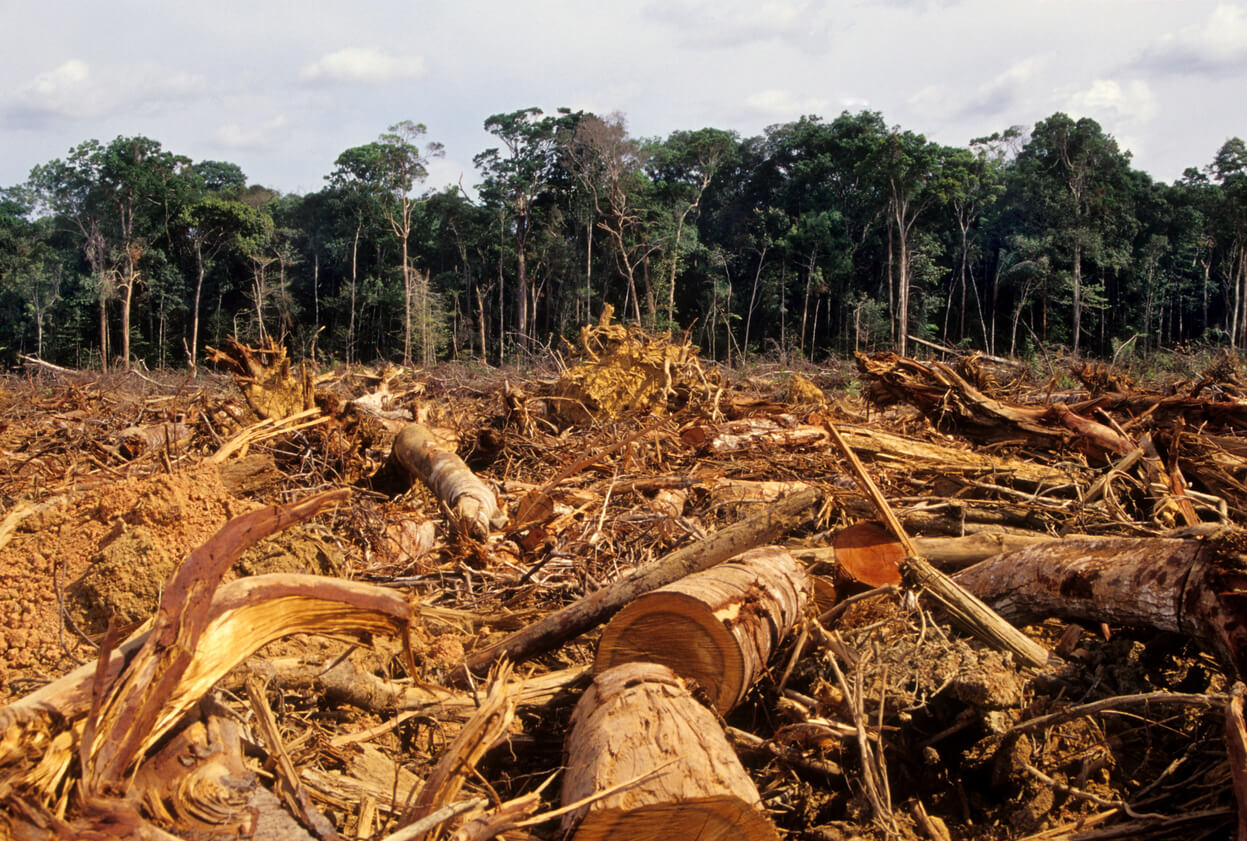 Much of the deforestation in the Amazon has been a result of farmers clearing land to raise cattle, or to grow soya beans to feed them.

Which things do you think are going to be hardest to change?

The biggest game-changing solutions are a move away from factory farming and a reduction in meat and dairy. Half of the habitable land surface of the planet grows our food, but of that, 83% is devoted to producing meat and dairy. All that land devoted to livestock produces just a third of our protein and less than a fifth of our calories; we are being short-changed. And yet that industry is a major driver of nature collapse, a big contributor to climate change and a huge polluter. It is also a big pandemic risk, and not to forget the biggest cause of animal cruelty on the planet. But governments are going to need a lot of pushing from people, particularly young people, who see that big change is necessary for their future.

Could you see kids protesting in the street about changing our food system?

Oh, absolutely. Food system protests by young people are something to be hugely welcomed and encouraged. Food and the way that we produce it is not talked about enough in discussions about the future. The livestock sector alone produces more greenhouse gases than the direct emissions of all the world’s planes, trains and cars put together. So it’s really important for young people to get involved, to raise their voice, to have their voice heard. I think young people are increasingly being seen as the voice of maturity when talking about the future. 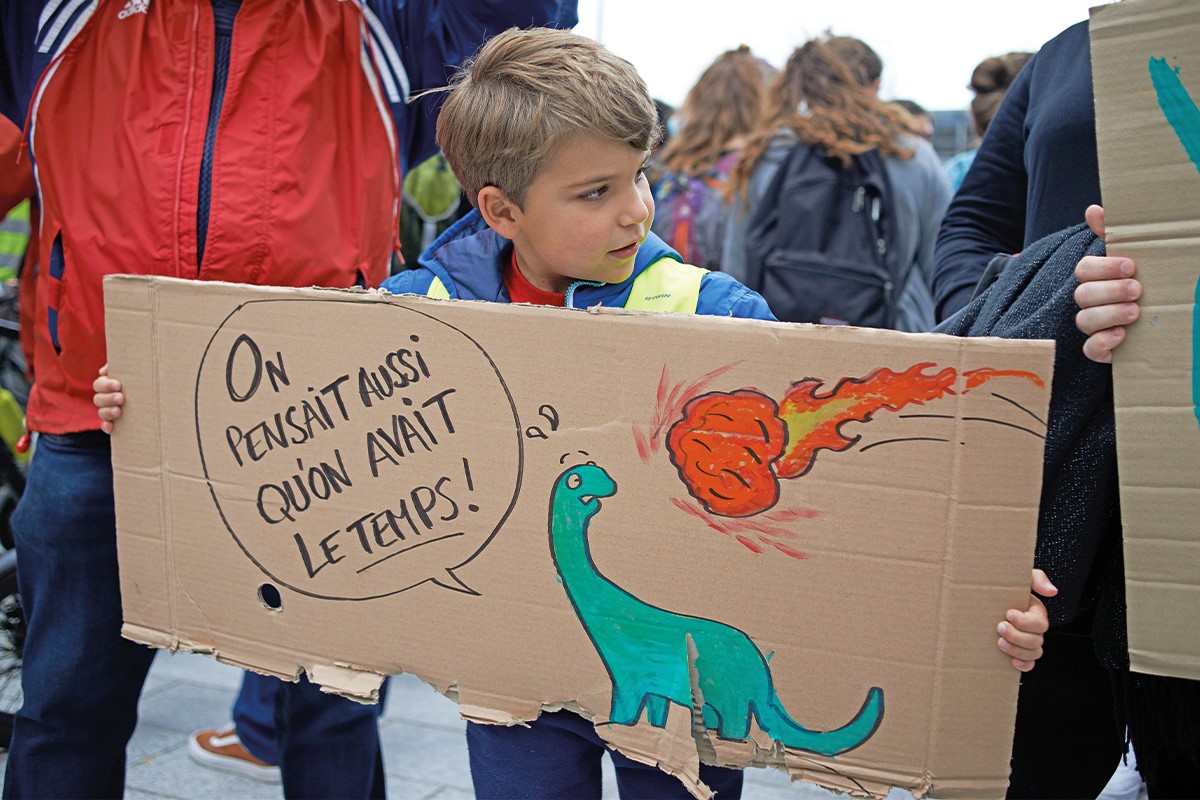 A French climate protester. The dinosaur is saying: “We also thought we had time”

Do you think supermarkets really want to help?

Yes, but that needs to be encouraged by government. One of the ways to do that is by redirecting agricultural subsidies. The £3 billion a year that we give to farmers in Britain has largely encouraged factory farming. We need to redirect that to better food production and the Government needs to set a target for meat reduction; subsidies can support that. I also think there should be a tax on factory-farmed meat, which can be used to make decent food – fruit, vegetables and higher welfare, environmentally friendly food – more affordable. I do not believe that decent, ethically produced food should be just for those who can afford it; I believe that it is a basic human right.

Are Government subsidies helping to move things in the right direction yet?

The Agriculture Act 2020 meant that farmers were rewarded for doing more nature-friendly, welfare-friendly farming. We should encourage the Government to make that a key driver for food system transformation. Britain could be, should be, a leader when it comes to regenerative farming [a way of farming that improves the land]. Our agricultural land covers nearly three-quarters of the country’s land surface. So in this green and pleasant land of rich pasture, the idea that we’re taking animals off the land, putting cows in mega dairies or putting pigs in crates where the mother pigs can’t even turn around for weeks at a time, that is a travesty. So let’s get the animals back into the countryside where they can be kept in nature-friendly, welfare-friendly ways of production that not only give a decent life to the animals and provide better food, but actually help to start taking carbon out of the in the soil. When Michael Gove was Secretary of State, he talked about there being 30-40 years left in Britain’s most fertile soils, if we carry on as we are – so let’s stop carrying on as we are.

Do you think there’s been much progress in reducing meat consumption?

There’s much more acceptance of the idea that it is something we have to do. We’ve seen some amazing things where some people’s negativity has only heightened this trend. Look at Piers Morgan spitting out the Greggs vegan sausage roll into a bucket and pulling a face. Greggs and the plant-based movement couldn’t have paid for better publicity. Greggs’ sales and shares rocketed as a result. Fantastic! But the reality is that if you look at America and Europe, we’re eating more meat than ever before. We’re eating less red meat, but we’re eating more chicken and fish. We’re swapping one planet-damaging, cruelly produced food for another, generally speaking. Governments need to make decent plant-based food more affordable and more available. 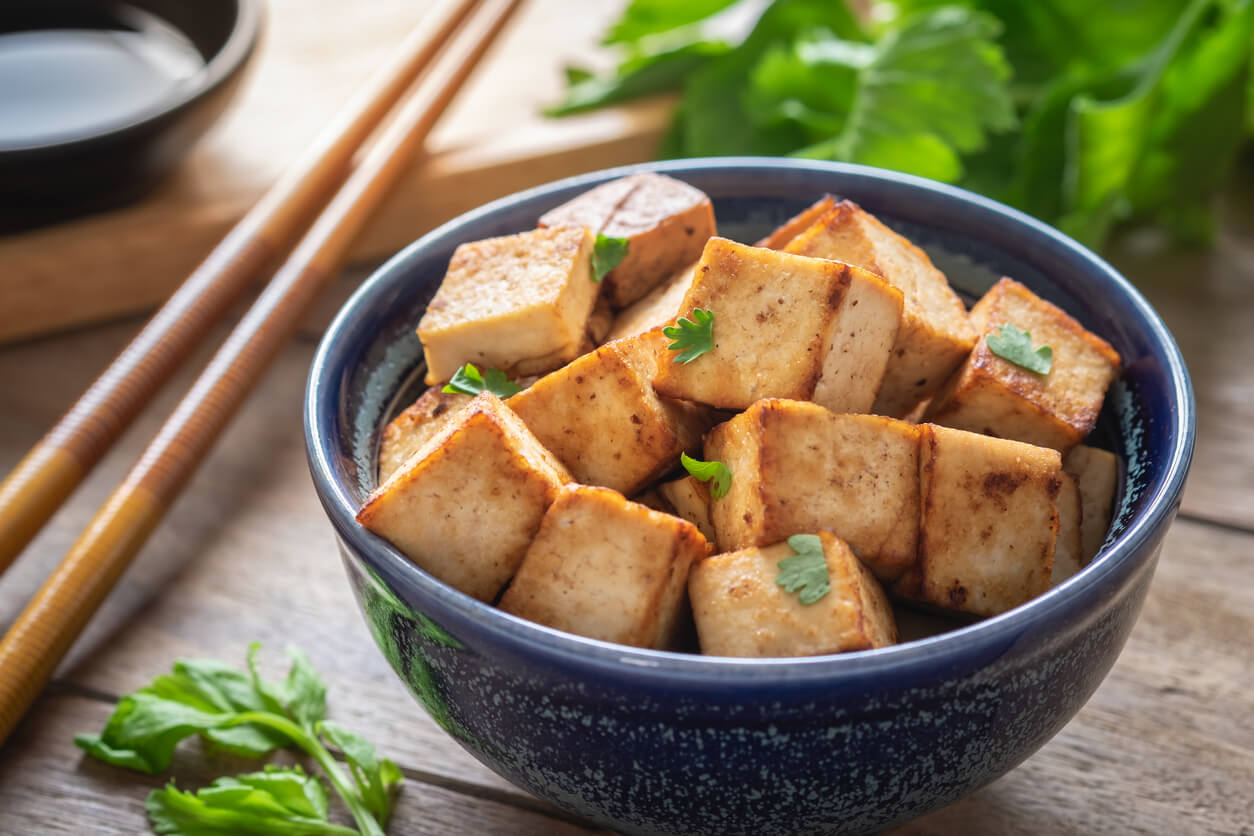 Tofu is made from soya beans, and is a much more environmentally friendly meal than beef from cattle fed with soya. It’s a good source of protein and omega-3 fatty acids, plus it counts as one of your five a day

What are the most important changes that First News readers can make to their diets?

The best thing that we can all do is use the power of our plate three times a day by choosing to eat more plants, less meat and dairy, and make sure that any meat, dairy and eggs we do eat comes from animals that have been pasture-fed, free range or organic. Mix it up a bit: try some organic almond milk, soya milk or oat milk on your cereal some days. 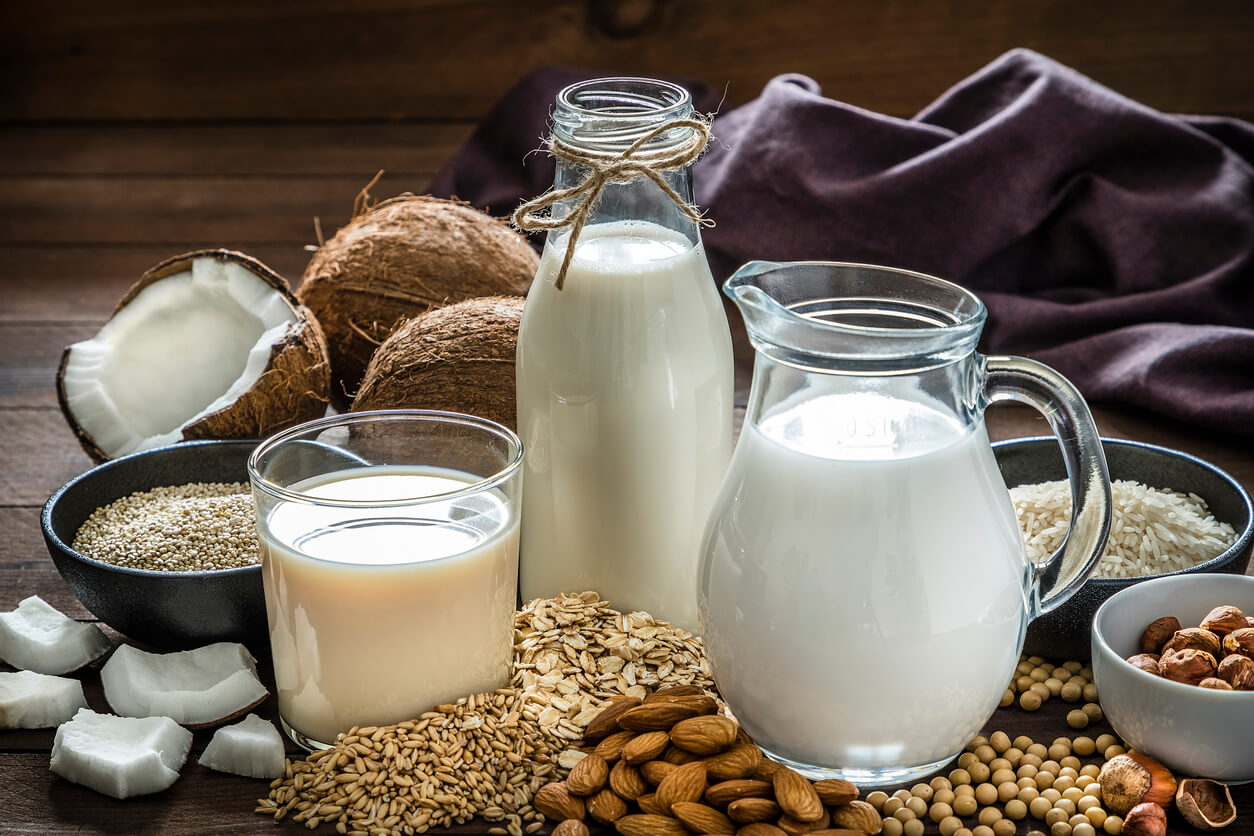 All plant-based milks have their pluses and minuses, but many experts say that soya milk provides better nutrition than others, such as almond or coconut milk

You can read more about the summit at www.un.org/en/food-systems-summit.