Special Report | Kick out the crisps!

Our diets are putting our health, environment and climate at risk. Restaurant chain co-founder Henry Dimbleby, has come up with a plan to tackle these issues. 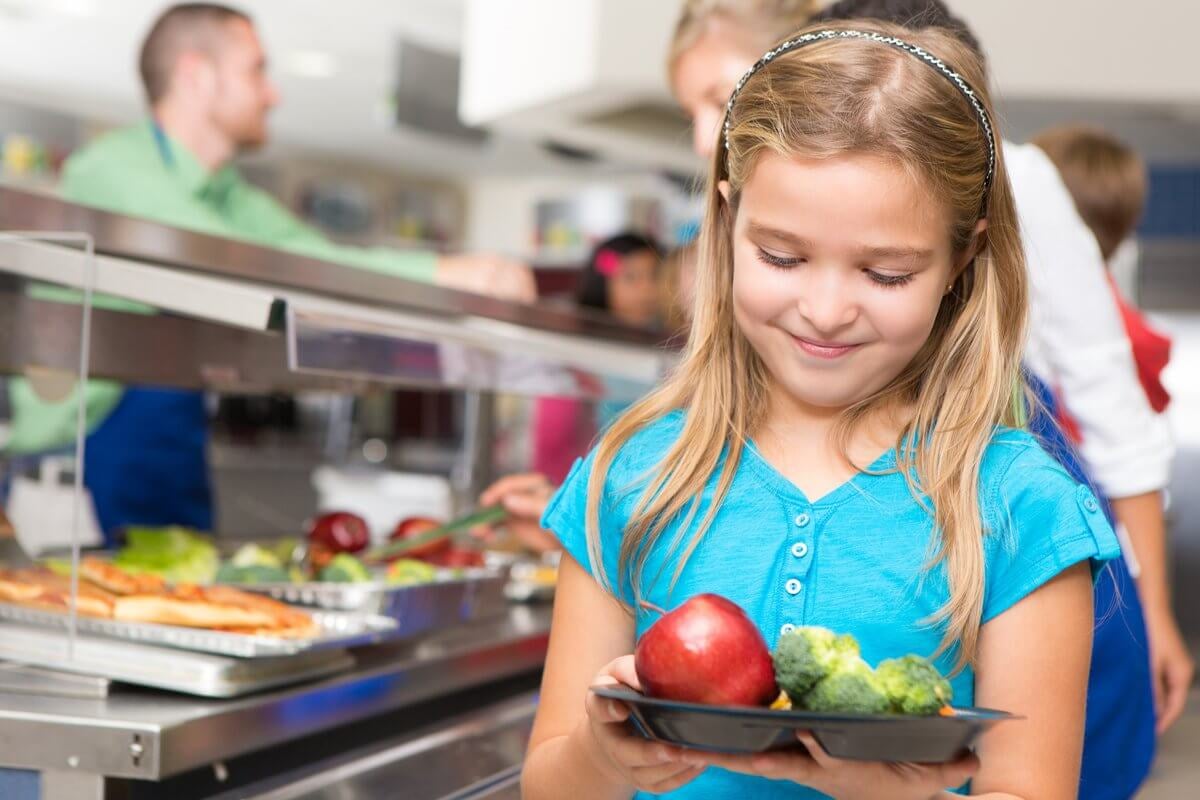 Henry Dimbleby is the co-founder of the Leon restaurant chain and one of the co-authors of the School Food Plan that has helped improve school dinners for millions of kids across the UK. For the last two years, he’s been touring the country to carry out research into every part of the UK’s food system and to see how we can make it better for the sake of our health, the environment and the climate. Henry published his National Food Strategy last month, so he told us more about his plan, as well as what you can do right now to help.

The report starts by saying our food system is “both a miracle and a disaster”. In what ways?

After the Second World War, the population of the planet was about 1.5 billion people and it was projected to rise to nine billion. We were already farming all the land, so people thought we were going to starve. Through science we did this amazing thing: creating more food from the same amount of land.

We grow enough food to feed the planet, and that really is a miracle. Without industrial fertilisers, the planet would produce 30% less food, so that is equivalent to 2.4 billion people not being able to eat. But it’s a disaster because in doing those things we accidentally created a system that is the single biggest cause of the destruction of nature. Along with energy, it’s the single biggest cause of climate change, and the thing that pollutes freshwater more than anything else. And it is actually making us sick through diseases that are related to diet.

Did anything shock you during your research?

The sheer degree to which we have taken over the planet. And the amount that meat is responsible for absolutely amazed me. There were about 2.5 million humans on Earth 12,000 years ago and we were a tiny fraction by weight of the wild animals.

The combined weight of animals bred for food is now ten times the weight of all the wild animals, and that’s before you count our horses and our pets. So you’ve got people and meat occupying all the space, and wild animals have been shrunk to these tiny areas. Around 85% of the land we use in the UK is used either to rear animals or to grow crops for feeding to animals.

You say the idea of a meat tax to reduce consumption was unpopular with the public, but were younger people more open to it?

In the course of doing this, I read an amazing piece of research by a historian. She looked at the argument about whether the world was flat or whether it was round, and initially the idea that the world was round was very controversial. She spent years finding anything ever written about the world being flat or being round, but she couldn’t find a single person who had changed their mind.

What happened was that, over time, the people who thought the Earth was flat died, and the world was inherited by the people who realised it was round. So I think the real hope here is that children will grow up with a completely different way of doing things!

I was quite shocked at how little land in the UK is used for growing fruit and veg.

Anyone who lives in London now will know the Lee Valley as being full of houses and roads and a bit of light industry, but it used to all be greenhouses in the ’50s. It was one of the big vegetable growing areas of Europe. But one of the plus sides, if you could put it that way, of what’s happening with the climate is we may well become one of the countries that becomes better at growing food, so it may change.

In the UK we eat a huge amount of sandwiches, so if we need to cut down on meat and dairy, what’s the best thing to put in one?

Cheese is much, much better than meat, especially ruminant meat [like beef], so the occasional cheese sandwich is not going to destroy the planet. I quite often have falafel in sandwiches, which is delicious.

The best replacement for protein is pulses [such as lentils, beans and chickpeas] but we don’t really have a culture of using them, unlike the Middle East. They make everything with falafel and pulses, so I would say we need to get a bit more Middle Eastern.

You can use things like Quorn; there are increasing numbers of meat substitutes, but you’re better off with vegetables. 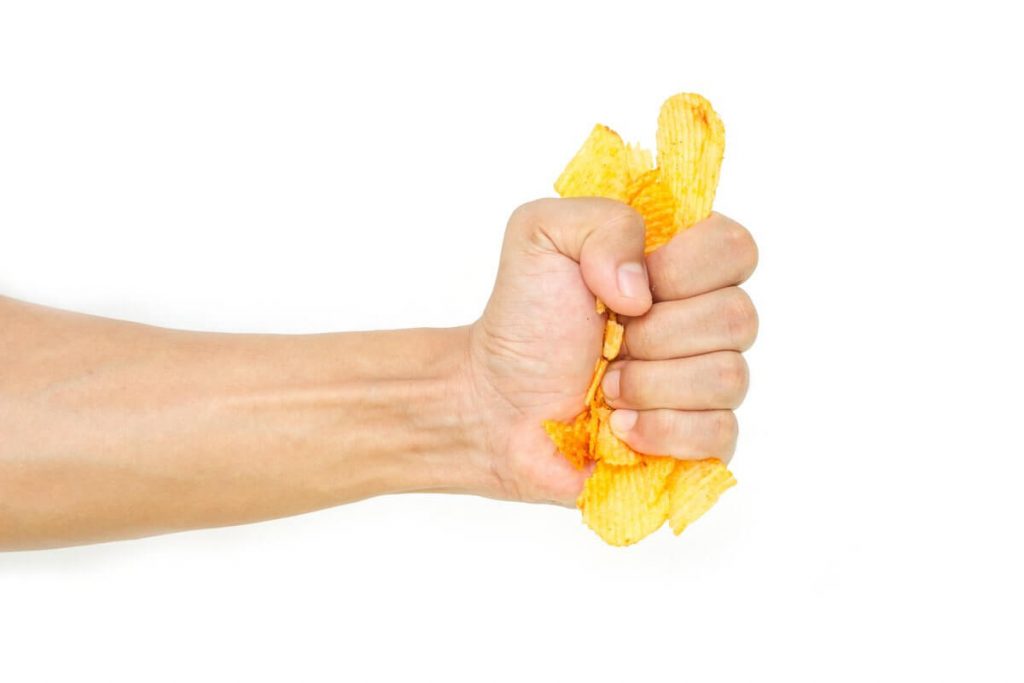 Did you know? Some 46% of greenhouse gas emissions in our food system come from agriculture, compared to 13% from transporting our food

There’s a lot of mention of robots and drones in the report. What was the most exciting use of technology that you came across?

You can now fly a drone over a field and it can monitor every single plant and assess by the colour what plants need what and where there might be disease, which means you can massively reduce the use of pesticide and fungicide. There’s a robot that can recognise a weed and zap it like something out of James Bond, with an electric shock rather than doing it with pesticides.

The really progressive farmers are using cutting-edge science, but also doing things like having sheep graze cover crops off their fields, which is something that people had been doing for hundreds of years, but in the last 50 years had been seen as very old-fashioned. Cover crops hold soil together and stop it washing away, and when sheep eat the cover crops, their hooves help the soil and they fertilise it with their droppings.

One of the farmers we spoke to who’s doing this kind of thing had saved 30% of his fertiliser costs, because he went back to this old idea that the modern scientists have been laughing at. So I like that reconnecting old and new.

While we wait to see if the Government will accept your recommendations, what would you say kids can do right now?

One is just agree with your parents that you’re all going to get the crisps, cakes, biscuits, sugary cereals and ice cream out of your house for six months. Say that you will have those things as a treat once in a while, but they will not live in your house.

The second thing I would say is if you eat meat every day of the week, try and eat it two days fewer, and that will help too.

Lastly, cook together as a family as often as you can. There is nothing that is as enriching as cooking together. And if any of your readers want to get involved, I’d give a big shout out to Bite Back 2030, which is an amazing organisation of children who are saying [to junk food companies]: “Stop it, we don’t need this stuff.”