On our front page this week, we share the news that a Hollywood studio has announced plans for a £700m “world-class” film and TV studios site in the UK! 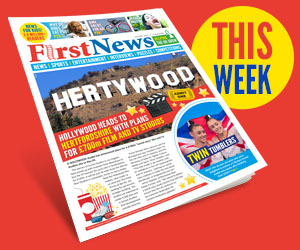 A Hollywood studio has announced plans for a £700m “world-class” film and TV studios site in the UK.

The owners of Sunset Studios in Los Angeles have joined up with investors from Blackstone to buy the 37-hectare (91-acre) site in Hertfordshire for £120m. It will be just 20 miles from the Warner Bros Studios in Leavesden, home to Harry Potter. Now the Hollywood filmmakers, who made La La Land and The Fresh Prince of Bel Air, are waiting for permission to begin building. The studios are expected to create 4,500 jobs and is Sunset Studios’ first development outside America.

Prime Minister Boris Johnson said the development was “excellent news” for the UK’s film and TV industry. And the Secretary of State for Digital, Culture, Media and Sport, Oliver Dowden, said: “This new studio is yet another vote of confidence in the UK’s booming film and TV industry… backing our worldclass creatives to make the next Bond blockbuster or bingeworthy box set.” James Seppala, of Blackstone Real Estate Europe, said: “We intend to deliver a world-class studio facility that will help ensure that the UK continues to be a premier destination for
content production globally.”