A United Nations report has sent out a serious warning for the future of people and the planet. 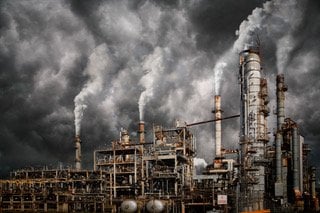 At a time when signs of global warming are all around us, the latest Intergovernmental Panel on Climate Change (IPCC) report says that the crisis has been caused by humans, and that unless we change our behaviour we are racing towards a catastrophic rise in global temperature. The only way to avoid it is to make massive cuts in greenhouse gas emissions. The report’s findings have been endorsed by every country in the world.

Alok Sharma, the UK Government’s spokesperson on the climate crisis, will be leading the UN climate change conference (COP26) in Glasgow in November. It will be crucial in getting world leaders to commit to the drastic reductions that are necessary. Mr Sharma says that in order to keep the temperature rise below the 1.5°C that was agreed by world leaders in the Paris Agreement in 2015, countries that emit the most carbon will need to agree to major changes in power, transport, deforestation and methane emissions. He is also asking countries to honour their pledge to raise $100 billion to help pay for the necessary climate action. UN Secretary-General António Guterres said: “If we combine forces now, we can avert climate catastrophe. But, as today’s report makes clear, there is no time for delay and no room for excuses. I count on government leaders and all stakeholders to ensure COP26 is a success.”